Book of Condolences opened for the late John Hume

Councillor Finn described the late John Hume as Ireland's most respected peacemaker to whom we all owe a great debt of gratitude.

Mr Hume was a Nobel prize winner, and a universally respected statesman who worked tirelessly to bring together the communities of Northern Ireland and on the wider island of Ireland and used his vast political experience and acumen to lay the groundwork for the peace process.

He lived by the maxim that Ireland's past did not have to define it's future and together with colleagues from all sides of the political spectrum dedicated his life to securing peace and prosperity for communities in Northern Ireland.

We stand with communities across Ireland to mourn his death, and express our condolences to his wife and family. 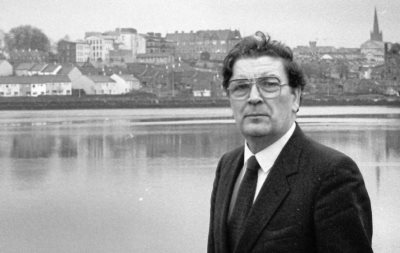