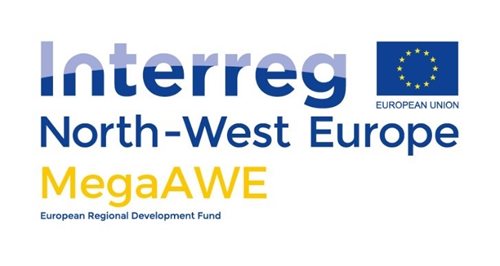 The MegaAWE project is led by Mayo County Council in partnership with Ampyx Power, RWE, Airborne Wind Europe and other organisations across Ireland, Europe and the UK. The test site is based in Bangor Erris, County Mayo on land leased from Bord Na Mona. The project is funded by the European Regional Development Fund (ERDF).

The system being tested consists of a ground-based winch generator, a launch and land platform, and the Power plane. The power plane, which has a 12-metre wingspan, is connected to the generator by an ultra-strong tether. It draws the tether from the winch and produces electricity by acting against the resistance of the built-in generator. Airborne wind energy systems utilise strong and steady winds at higher altitudes. Once the tether is fully extended, the device glides back towards the winch, as the tether is reeled back in. Retrieving the tether requires just a fraction of the electricity already generated, resulting in net power production. This cycle is repeated, producing clean, low-cost energy. Airborne Wind Energy has low visual impact with minimal environmental and ecological impacts. 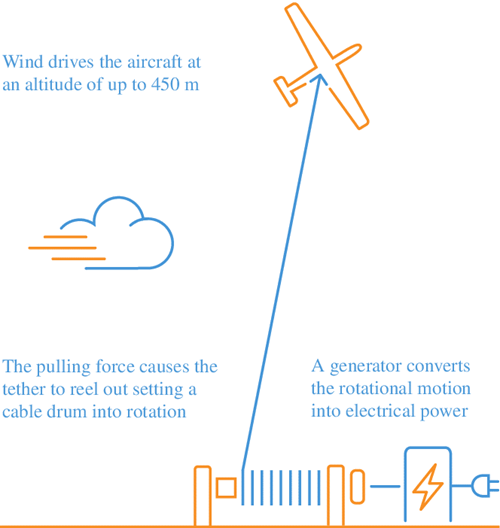 The overall objective of the project is to bring large scale multi megawatt Airborne Wind Energy systems closer to the market, unlocking new locations for wind energy production including remote onshore and floating offshore applications in Northwest Europe and beyond.

For more information, please visit www.nweurope.eu/megaAWE and view the video below