Annie was born in Cork in 1877. Her parents emigrated to America in 1890 and left Annie and her two brothers in the care of an aunt. When they were established in America they sent for the children who departed on the ship "Nevada" in December 1891. They arrived 12 days later on January 1st 1892 and Annie was first off the ship where she was greeted by various officials in recognition of her being the first person whose immigration was processed in the new centre on Ellis Island. 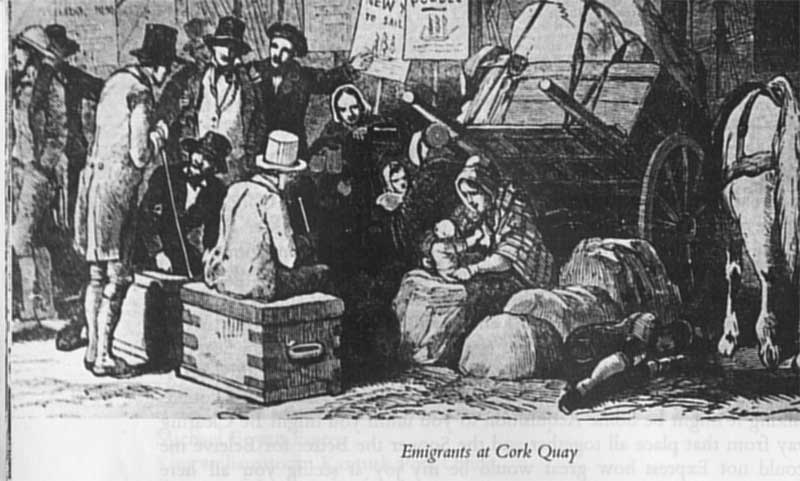 Two different versions of Annie's life story following her arrival in America have emerged.  For many years it was believed that the family lived in New York for a short time and then moved west, first to Indiana and then to Texas. Annie married Patrick O'Connell a descendant of Daniel O'Connell, and they had 8 children. It was thought that Annie was tragically killed when struck by a train in 1924.

However, some problems were uncovered with this often recounted story of Ellis Island's Annie Moore when professional genealogist Megan Smolenyak Smolenyak was researching the family for a documentary some years ago.
She discovered that the Annie Moore who died in Texas was actually born in Illinois, not Ireland. Other known facts also didn't add up.

It now appears that the Annie Moore who inaugurated Ellis Island lived with her parents for a few years at 32 Monroe Street in Manhattan before marrying Joseph Augustus Schayer, Sr. in 1895. The couple had at least 11 children. Five survived to adulthood, three of whom had children. Annie Moore died of heart failure on 6 December 1924 at the age of 47, but her descendants live on.