John Solan was born in Mayo, Ireland in 1842. Like many other Irishmen his family escaped the famine for a better life in America. In 1847, he and his family boarded a ship in Galway for a five week long journey to New York.

In a letter, written many years later, he tells about his first years in America. It was a very hard time. Both his brothers, as well as his mother, died in the first year. John and his father lived together in a small shanty in Wisconsin. Often he had to stay alone in the shanty all day:

"All summer Father had to be away exchanging work for help to break land or something a great deal of the time. Day after day I was alone with nothing to eat perhaps but bread."

Later on the situation got better. Many and more countrymen settled in the area, his father remarried and John started school. He enjoyed school and later became a successful member of the town council. When he was 21 years old he married Margaret Boulton and together they had three children. He took his fathers place at the farm and later on in life he became an influential person in Wisconsin society. 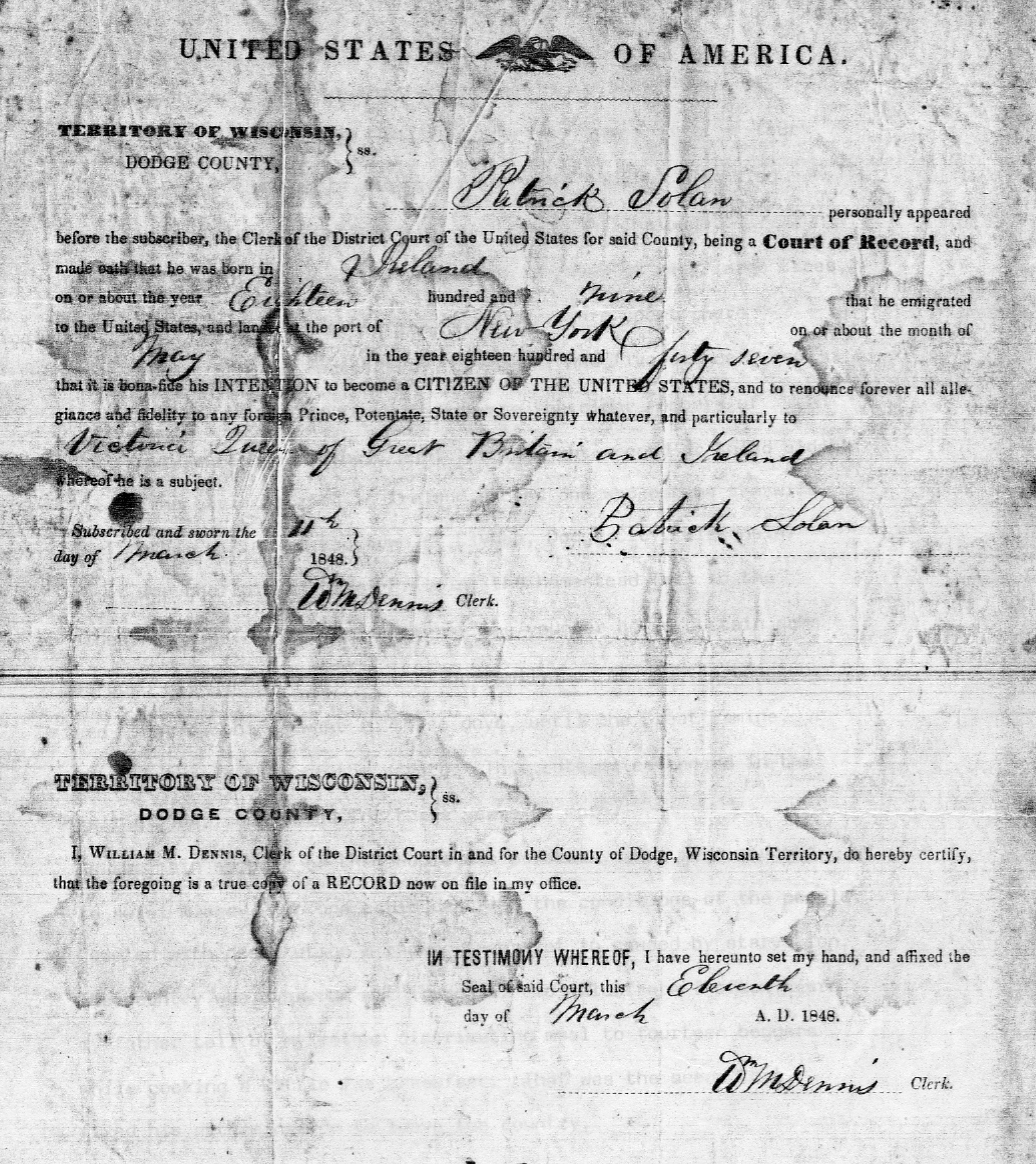 Declaration of Intention to become a citizen of the United States, Patrick Solan, 1848.