It was important to find work and start earning money as soon as possible. The first jobs were usually badly paid, hard, unskilled labour; jobs the Americans themselves did not want. In 1893, a Swede wrote like this:

“...nobody should go to America when they are over 30 years old, all hard and unpleasant work is given to foreigners both Germans and Swedes...”

The same thing is said by those who have lived in America for some time and with concern notice how quickly the newcomers find work. An Irishman wrote in a letter from Philadelphia in 1904:

”This country is getting to be a very uncertain place for the English  speaking working man, as capitalists prefer the Italians and others, people from the southern parts of Europe such as Hungarians, Polanders etc as they work cheaper…”

The Swedes and Czechs who arrived early often chose to work in the farming area. They praised the good soil and the possibilities to work with new methods and labour-saving machines. In 1861, the Czechs Anna and Josef Vokalek proudly explained to their parents at home that nowadays they only needed to hire assistants during the summer.

”… what would a farm maid do in winter, where here we use machine to do the thrashing. It would be too expensive to pay her 3 dollars per month for sitting in the room. So we take her only in summer when there is work outside…”

A man from Trentino noticed a difference in choice of work between his own countrymen and other nationalities. He also noticed the difference in comparison to the Southern Italians:

”…our farmers think that nothing is better than work in the mines, while we see Southern Italians, the Swiss, the Germans, the Spanish, the Chinese and the Japanese and all of the emigrants from other nations turn more to agriculture and to the raising of livestock.”

Many women ended up in the factories in the cities but still more were attracted to service occupations of different kinds. In 1900, as much as 70 per cent of the Irish women working in a profession were employed in the service sector. 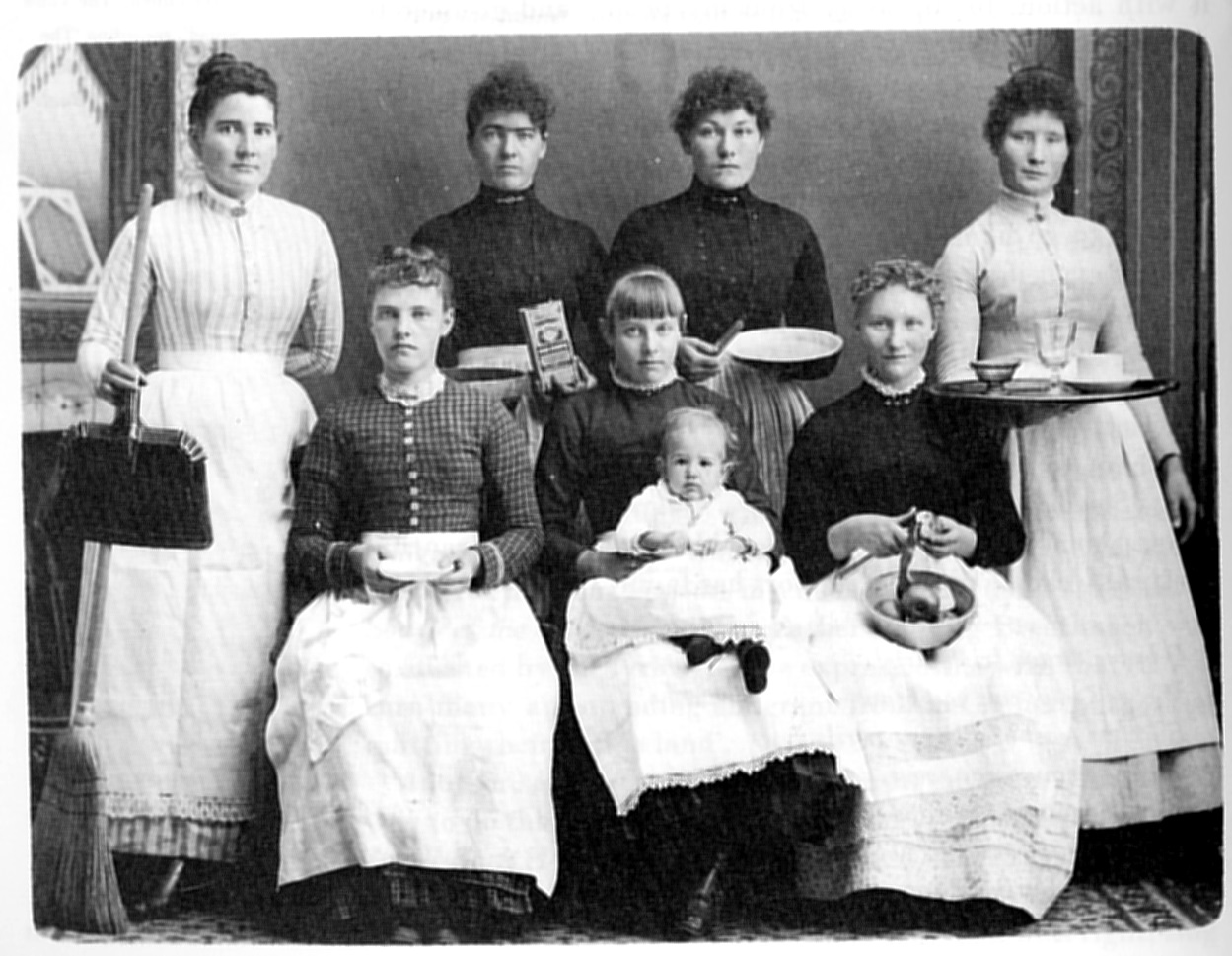 Working as a maid in an American family was common, especially among young Swedish women. Lovisa Carlsson in Iowa tells us about differences in standard compared to Sweden:

” … My salary is 2 dollars a week and Clara´s is 1 dollar and a half. I must also tell you how my work is. As soon as I get up in the morning I have to light a fire in the stove and put the coffee kettle on and then I must lay the table. We never have anything else but wheat bread and we never need to eat it without butter on.”