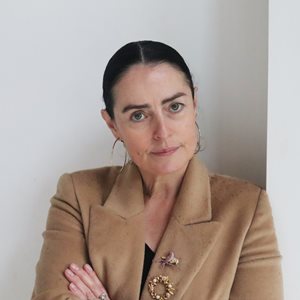 Breda is an artist and musician living in Mayo. Breda’s background is in traditional and folk music. Over the years she has been influenced by many genres. Her more recent work moves between indie folk and more abstract soundscapes. Mayock’s sound has been characterised by Nialler9 in The Irish Times as one that transverses folk, world and alternative music with grace. Her album Learning Place was released in 2017, following her previously acclaimed 2015 album, recorded and produced with guitarist Steve Cooney.

On 12 March, when the first Covid-19 lockdown was announced I, like so many, became confined to home. As an artist, musician and mother, the form of my daily work and routine changed considerably. My perception of time changed also. I started to write. I hadn’t written in some time so it started slowly, awkwardly, and then surprisingly, eventually, something I could work with appeared. A nugget of a truth, becoming a verse, a story and a collection of chords.

The Navigating a Future commission provides me with the opportunity to now take these words and melodies and use them to research and create new work. This music will explore questions and themes that have arisen from Covid-19 and our lives now.

A collection of pieces that originated during the lockdown in 2020 will be developed. I will work with other musicians and record songs and soundscapes. Often during this process some visual work also arises alongside the sound recording. There is much to be done and I am very grateful for this support in doing it.

We are living through a pandemic, reality can seem at times as surreal. We are living with more uncertainty and fear than ever before. The arts respond to this. We have relied on art for solace, for understanding, for escape, for bringing us together, even though we are apart.

I have found refuge in the beginnings of these songs. I will now endeavor to bring this body of work to fruition in order to share it with a broader public.

Breda’s previous albums include Lights in the Dark in 2017 and Breda Mayock in 2015. Her singing also features on Hughes de Courson’s O'Stravaganza and Breton harpist Alan Stivell’s album 1 Douar.  Mayock’s visual arts practise runs along side her music. Her most recent work Crown – Hair & Identity in Traveller Culture is a collaboration featuring two unique portrait exhibitions in The National Museum of Ireland, Country Life and in Linenhall Arts Centre in Co Mayo. RTÉ and Creative Ireland are also featuring a new documentary on the Crown exhibitions on TV and the RTÉ player. She has exhibited in solo shows Dresses 2017, The National Museum of Ireland – Country Life, Onsight – Blaze 2018 The National Museum of Ireland, Fly By Night for Cruinniú na nÓg 2019 and Westival Artist Exhibition 2019.