Mayo Offers a number of scenic drives details of which are highlighted as follows:

Achill Island occupies an area of some 57sq miles but its actual coastline - including all the inlets and spars - measures over 80 miles. In some places, the roads follow (generally) the shoreline and two particular stretches of road have been designated as Achill's Atlantic Drive.

Taken together these two stretches of 'Atlantic Drive' provide a spectacular journey with breathtaking views and can be completed in a vehicle or (separately!) by bicycle or on foot.

The first section of the Atlantic Drive begins at Mulranny, close to the junction between the main N59 road and the R319 that leads to Achill. Approaching from the Mulranny side of this junction, the exit for the Atlantic Drive appears on the left hand side, prior to the larger junction. It is signposted 'Currane'.

The first point of interest should be visible on the left hand side within a few hundred metres of joining the Atlantic Drive. You should be able to see (tide permitting) the golden strand at Mulranny, a Blue Flag beach. As you turn the corner and leave the scattered cottages behind, the water to your left is Clew Bay. You are following the north side of this Bay, which is reputed to hold some 365 islands.

On the south side of Clew Bay is a series of mountains including the distinctive pyramid-shape of Croagh Patrick (764m). At the mouth of Clew Bay, visible directly ahead of you, is Clare Island. Inland to your right is the Curraun Peninsula and its characteristic red rock should be visible in places along the roadside.

This stretch of narrow road features a number of lay-bys and parking spots, including one at the site of the Spanish Armada memorial. The stone plaque here was erected in remembrance of the Armada ship San Nicolas Prodaneli which was wrecked close to Toorglass (Currane) in 1588.

As you continue along this twisting road, cottages begin to appear as you pass through the villages of Dooghbeg and Bolinglanna and towards the village of Currane. This village was formerly home to Sir Robert Peel, founder of the British police force, and also had a working copper mine. A tropical garden was established in the 19th century at Curraun House, home of the landlord Dickens. The garden is long gone, but this historic building is now a local pub called 'The George'.

Continue to follow the shoreline for several miles until you reach a junction with the R319, signposted to Achill Sound. Turn left and follow this road for four miles to the bridge at Achill Sound.

From the Michael Davitt bridge at Achill Sound - the bridge that connects Achill Island to the County Mayo mainland - proceed through the village of Achill Sound. About one mile from the bridge you will approach a wooded area. Take a left turn here, signposted the 'Atlantic Drive' (along with several more signs for local accommodation).

The roadside at the beginning of this stretch has spectacular rhododendron plants from mid-May to June. Follow this road for about 5km, through the villages of Shraheens and Derreens to Cloughmore. You will pass directly by the historic church and graveyard at  Kildavnet, and then the remains of the 16th Century tower house. The waters of Achill Sound will be to your left and on the opposite side of this channel is the Currane Peninsula, with the 524m peak of Curraune Hill dominating the skyline.

At Cloughmore the road turns sharply right and suddenly the roadside cottages disappear as the calm waters of Achill Sound give way to the Atlantic breakers that crash against the southern shoreline of Achill Island. This stretch of road, from Cloughmore to Dooega, offers some of the most spectacular coastal scenery in Ireland.

Directly opposite Cloughmore, separated by a narrow channel of water (the 'Blind Sound'), is the island of Achillbeg. This small island was probably once connected to Achill and has been uninhabited since the 1960s. Just to the west of Achillbeg is another much smaller piece of land, cut off from Achill Island at high tide, which houses Dúnnaglas promontory fort (Dún na Glaise, meaning 'fort of the moving water'). Achillbeg itself has the remains of three promontory forts. These forts consist of a projecting headland which is protected on the landward side by fortifications. They are thought to date from the Iron Age but may have been re-used during the Late Medieval period. The Atlantic Drive includes at least one further significant promontory fort - Dún Bunafahy - and the location of these forts demonstrates the strategic importance of Achill to sea traffic in former times.

As you proceed along the Atlantic Drive, with Clare Island clearly visible to the south, there are also items of interest inland to your right. The ridges and furrows of old 'lazybed' crop cultivation can be seen, though these are now covered with grass and heather. These fields once provided potatoes and other cereal crops for families in a now deserted village.

About four miles along the Atlantic Drive from Cloughmore the road rises steeply (cyclists may need to dismount and walk here) to a vantage point that overlooks the spectacular rocky cove of Ashleam Bay. This bay consists of a pebbly beach enclosed by steep rocky cliffs - it is a well-know Achill landmark and features in the image at the top of this page.

From the vantage point above Ashleam Bay, take the steep, winding road down towards the beach and up again to Ashleam village. From here you can either turn right and return towards Shraheens and then Achill Sound, or you can turn left and continue to follow the Atlantic Drive towards Dooega.

The old fishing village of Dooega contains one of Achill's five  Blue Flag beaches. This part of Achill is part of the Gaeltacht - which means it is an Irish-speaking area. Until recently Gaelic was the primary language in this area.

As you proceed through the village of Dooega, take a left turn signposted 'Minaun Heights'. This road will take you through the former Mission settlement of Mweelin, a scattering of cottages that shelters on the south-east slopes of Mweelin hill. This hill rises to accommodate Achill's third highest peak (466m) at Minaun Heights. The road you are taking will offer a left-hand turn to take you on a steep mountain road towards the top of Minaun. If your nerves - and brakes - permit, take this road to see one of the most dramatic views of Achill Island (see image, right). At the top of this road is the transmitter mast close to the top of Minaun Cliffs. From here you can see the magnificent 3km Trawmore Strand and the village and lake at Keel, along with the mountains of Croaghaun and Slievemore.

Descend Minaun via the same mountain road, and turn left to continue along the Mweelin road towards Cashel. From here you can either turn left and proceed towards Keel and lower Achill, or turn right to return to Achill Sound, your starting point on this loop of the Atlantic Drive. 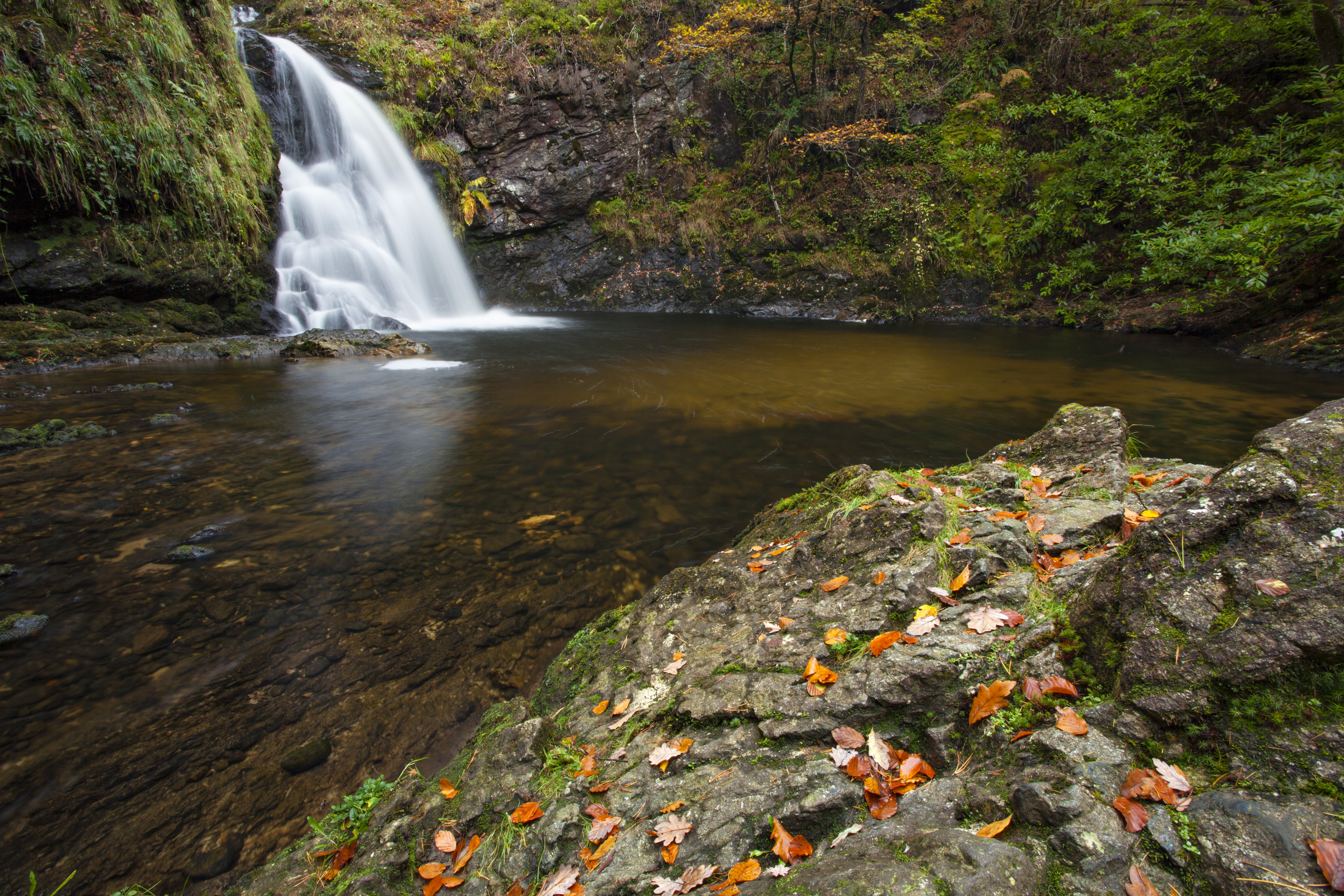 Views from the Routes