The Greenway primarily follows the line of the disused Midlands Great Western Railway which ceased operation in 1937.  The Great Western Greenway is the longest off road walking and cycling facility of its kind in Ireland and is of national importance, being the first portion of the National Cycle Network to being developed.

The Greenway traverses a number of varied and sensitive landscapes – Special Areas of Conservation, woodland, coast, rural farmlands/urban environments. It is a haven for flora and fauna.

The Great Western Greenway, Ireland Longest off road cycling facility has been successful in achieving both National and European Awards. Some of which include; 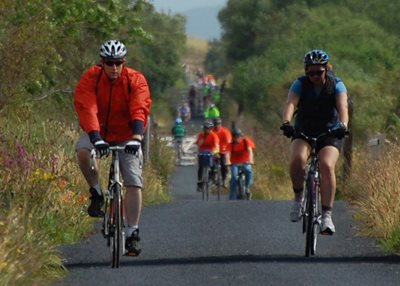