Croagh Patrick, a soaring cone-shaped peak that rises above Clew Bay in Co Mayo, is where the Irish have always turned for guidance and reassurance before the harvest. People have been coming for well over 3,000 years, since our Neolithic ancestors first recognised its potency as a sacred site.

Later, people come to worship the Celtic sun god, Lugh, and then in 441AD the site was cannily co-opted by St Patrick, who reputedly fasted here for 40 days and nights before banishing the snakes from Ireland.

Croagh Patrick is the perfect spot to experience a sense of the inclusive, exultant form of early Irish Christianity when it was still infused with the innate love of nature – the Pagan biophilia - of the Irish people.

Around 20,000 to 25,000 pilgrims still climb the mountain each year on the last Sunday in July (the nearest Sunday to the original pagan festival of Lughnasa).

This walk is rewarded by the glorious views from the summit: the Nephin Beg Mountain’s and the grey waters of Clew Bay glinting over the 365 emerald islands. On top of the mountain you feel connected to the sanctity our ancestors perceived in all things, in every raindrop and honey-suckle petal - the illuminating life-force that animates all things.

It’s hard not be moved by the courage St Patrick showed by coming here to battle what he regarded as pagan darkness and to bring the Irish into the light of Christianity. 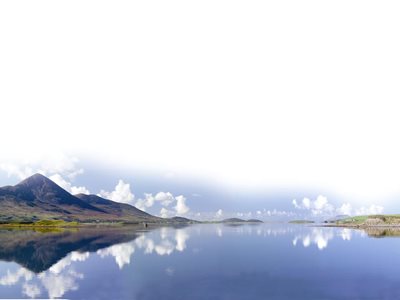