Martin Sheridan was born in Bohola, County Mayo on the 28th March, 1881. At 18 years of age he emigrated to America and joined the New York Police Force. He trained as part of the NYP Athletics Team and qualified to represent the United States in the Olympic Games. Over a period of fourteen years, he won more Olympic Medals than any other Irish Athlete – Five Gold, Three Silver and one Bronze. He also won twelve US Championships and over Thirty Canadian, Metropolitan and Regional Championships. In the course of his career, he established sixteen world records and was considered virtually unbeatable. Martin died at the age of 36 from a viral infection. In 1988, he was the first Irishman to be inducted into the prestigious National Track and Field Hall of Fame in Indianapolis. Very few athletes have come up to Martin’s all round individual performance and his name will always be remembered in athletic circles as one of the all time greats. In Bohola today, The Sheridan Memorial Community Centre is dedicated to his memory along with a very impressive memorial, which stands in the grounds of the Community Centre.

An application for the Bursary must be made by a third party i.e. a Sporting Club or Organisation on behalf of the nominee. Only one male and one female athlete may be nominated by a third party. 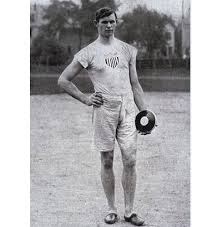