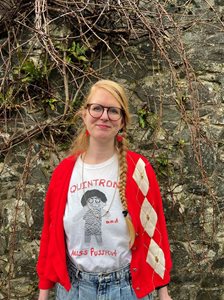 Jane Cassidy is a multi-disciplinary artist and educator from Galway. Trained in music and visual art, Jane earned a Masters in Music and Media Technologies from TCD in 2008 and an MFA in Digital Art from Tulane University in New Orleans in 2014. Jane’s main interests lie in immersive audiovisual environments, multi-sensory work and synesthesia. She has had solo shows at the Mobile Museum of Art; the Montgomery Museum of Fine Arts; the University of New Orleans; and the Ann Arbor Film Festival. Exhibitions include the European Media Art Festival Germany; the New Orleans Film Festival; Punto Y Raya Festival, Spain; Currents New Media Festival, New Mexico; Galway International Arts Festival; live visuals for Animal Collective and Nanu Nanu, as well as group shows internationally. Jane will have a solo exhibition at the Custom House Studio Westport in June 2022.

Find Out More at Jane Cassidy 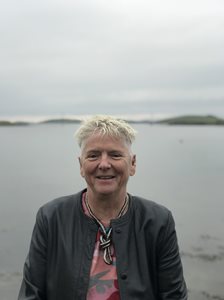 Breda Burns is an audio/visual artist based in Westport, working in a variety of media and interdisciplinary projects with narratives and layers that reveal themselves in different ways.  Two integral elements of her practice are audio-based interviews with artists and activists and integrating these into site specific installations. The genesis of this way of working formed when she joined Gráinne O'Reilly to research, produce and present the Arts Show West.  They have been broadcasting for six years interviewing artists of all genres predominantly on Westport Radio, and occasionally on other stations.

Breda has received a number of awards including a Visual Arts Bursary in 2020 from the Arts Council of Ireland and ‘Bealtaine Artist Award,' 2017.  She was a fellow of the Ballinglen Foundation 2022 and completed an artist exchange in Sweden earlier this year as part of a residency with Interface, Connemara.   Solo Exhibitions include The Model Arts Centre. Sligo; Áras Inis Gluaire, Bellmullet; The Hamilton Gallery, Sligo; The Luan Gallery, Athlone; Claremorris Gallery; Custom House Studios and Gallery, Westport; No10, Ormond Quay, Dublin 1; The Green Fuse Gallery. Westport; and The Linenhall Arts Center, Castlebar.

Find out more at Breda Burns 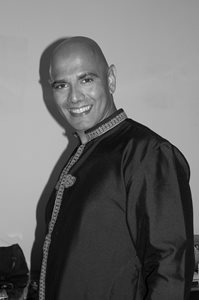 Rajinder Singh (B.  Ipoh, Malaysia, PhD(UK), MFA Lasalle(Singapore)) is a Dublin/London-based researcher and practitioner of spatial performance. He works with the idea of space as doing - space is shaped, and felt into existence by a set of bodily movements.

Rajinder is a movement artist and a choreographer trained in mathematics and engineering sciences with a particular interest in ideas around the migrant body and its pain, interrogating the economies of power that deny it space and shape. His paintings and installations as well as photography, video and performance work explore the immeasurable dimensions of the migrant condition by creating terrains of pathos and vulnerability and magic in the way the human body unfolds around topographic and symbolic borders.

Find out more at  Rajinder Singh

You can read more about the content of the above Residencies HERE.