The Mournful Croon: A Celebration of Mayo Folk Song

The Mournful Croon: A Celebration of Mayo Folk Song will be a music concert featuring a number of Mayo’s established and experienced singers of folk and traditional Irish songs. The songs will come from the rich repertoire of Mayo folk songs and the concert will feature the performers singing as well as talking about the origins of, the songs. The concert is presented by Ballina Arts Centre in partnership with the Ballina Fringe Festival, as part of the Home to Mayo: Ballina weekend. The event will compered by Joe Byrne (of MWR FM), an accomplished musician and a noted authority on Irish traditional music and song. Joe will introduce the performers and also interview them about the songs they will be performing. The event takes its title from Rafteirí’s great poem Eanach Dhúin, referencing the significant role played by the great poet in the history of Mayo folk songs. Performers: John Hoban, Tony Reidy, Charlie Keating, Joe Carey, Jenny Mulvey, Mary Staunton, Aistrid Ní Mhongain and Peter Neary. They will be joined by poet Terry McDonagh, who will recite some of the poems of Rafteirí, placing the poems within of the Irish folk song idiom. The performers are some of the finest folk music artists in the county. All have a deep knowledge of the history and an interest in the origins of they will be performing.This unique event promises to be entertaining, informative and richly rewarding. Admission is free, but booking is essential. This event is supported by Mayo County Council and the Department of Tourism, Culture, Arts, Gaeltacht, Sport and Media under the Local Live Performance Programming Scheme (LLPPS). 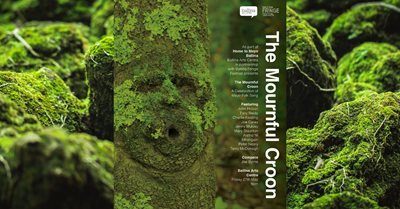