Over the past six months, Mayo artist David Munnelly has embarked on a rich and cultural journey to document some of the many characters involved in traditional Irish music and folklore across the County of Mayo, interviewing both established and new talent within the artform. Stór Ceoil Mhaigh Eo explores Ireland’s song, music and storytelling traditions which are arguably amongst its richest cultural resources. It comprises of 11 one-hour interviews by Munnelly who comments: ‘The landscape of traditions is changing - this includes the physical and linguistic landscape, in addition to the landscape of music, song and the imagination. Music and song are fundamental elements of folklore, just as folklore is a fundamental element of music and song.’ The interviews engage Mayo’s finest musicians discussing their influences, the changing world of Irish music and its legacy, along with how County Mayo has shaped their work. Featured artists include Diarmaid Gielty (Fiddle), Grainne Hambly (Harp), Joe Byrne (Flute), John Mc Namara (Singer/ Storyteller) and Mary Staunton (Accordian). The first of the recordings, featuring Joe Byrne will be released on Thursday, January 21st, 2021 at 8pm on the Linenhall’s Facebook Page and YouTube Channel https://www.youtube.com/c/LinenhallArtsCentreCastlebar/videos and will then be made available on a purpose-built website for archival purposes. A documentary film by filmmaker Michael McLoughlin will be released at the end of the project. Stór Ceoil Mhaigh Eo is supported by both Creative Ireland Mayo and the Linenhall Arts Centre and will be shared via the Linenhall Arts Centre social media pages over 11 weeks. ‘This is a crucial time to investigate and record the changing landscape of Irish traditional music as the past year has been unprecedented for artists across the globe. Despite the challenges, artists have continued to work, create and inspire us and David is capturing a period of time that will long be remembered in Mayo’s musical history, due to its impact on the artform,’ says Linenhall Arts Centre Director, Bernadette Greenan. 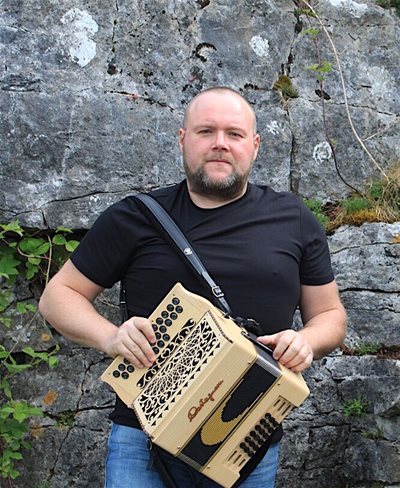