In anticipation of his forthcoming album on the Black Gate Label, “For All My One True Loves”, Rodney Owl plays a country-wide series of intimate full-band shows. One of the most unique songwriting talents Ireland has produced in recent years, Rodney Owl (AKA Mark McConville) is a live performance not to be missed... Rodney Owl is a multi-instrumentalist, songwriter and singer based in Galway City. Originally from Lurgan in Co.Armagh, McConville moved to Galway in 1996 and has since been at the heart of the Galway music scene playing in bands such as No Banjo and Cartoon Thieves, appearing with the latter on Sharon Shannon’s 2009 album “Saints and Scoundrels.” McConville began his Rodney Owl solo project in 2016 with the release of his debut album Woe. Since then he has gained substantial critical acclaim and had his music aired on Late Date RTE 1, Across the Line on BBC radio Ulster, An Ghealach Ghorm and An Taobh Tuathail. His music has been described as reminiscent of Nick Drake, early R.E.M and Neil Young. “Not of this time, Rodney Owl writes beautifully arranged and accomplished songs. Shades of – Love, Lambchop, early REM.” – Cian Ó Cíobháin, An Taobh Tuathail 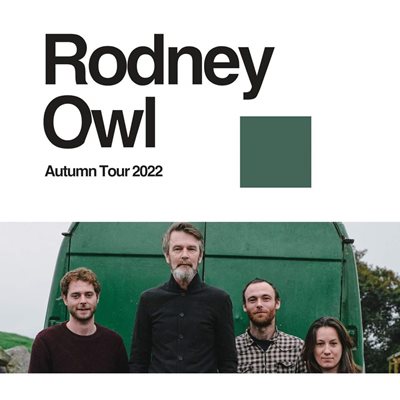