Elaine Clarke, violin Lynda O’Connor, violin Nathan Sherman, viola Ailbhe McDonagh, cello Formed in 2013, the Ficino Ensemble has been committed to exploring the vast chamber music repertoire and presenting thoughtfully programmed concerts. The group regularly performs as a string quartet, and the addition of winds and percussion give the possibility of playing large-scale chamber works. The members share a dedicated approach to contemporary music. In 2019 they collaborated with several composers of the Irish Composers Collective, where the musicians worked on pieces with the composers and premiered several new works for flute, harp and viola. Ficino Ensemble was recently joined by the ConTempo String Quartet in a performance of works by Brahms, Mendelssohn and Enescu as part of the Dublin Enescu Festival. In 2018 they performed a concert with Olwen Fouéré as part of MusicTown in Dublin, which included a performance of Thomas Ades’ Four Quarters and Ludwig van Beethoven’s String Quartet Op. 132. Their debut recording Winter, released on the Ergodos record label, has received critical acclaim and has put them at the forefront of the Irish chamber music scene. Ficino Ensemble takes the name from Marsilio Ficino, the Renaissance philosopher who regarded music as a “contemplation of the divine”. 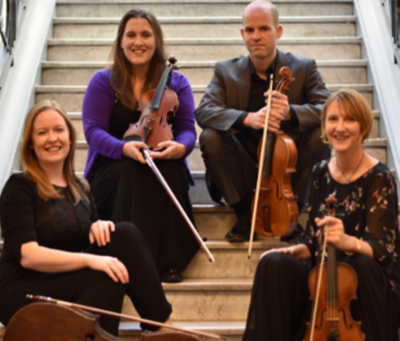