The last few years have been something of a whirlwind for Deirdre O’Kane. A co-founder of Comic Relief in Ireland, she fronted the critically and audience acclaimed RTÉ Does Comic Relief. She recently fronted her own talk show - Deirdre O’Kane Talks Funny - in the primetime Saturday night slot on RTÉ One and debuted a brand new standup comedy series, The Deirdre O’Kane Show, with Sky Comedy. One of Ireland’s favourite comedians, Deirdre never strays too far from her live stand-up roots; the new show, Demented, a box-fresh hour of side splitting laughs, is touring Ireland and the UK throughout 2022. 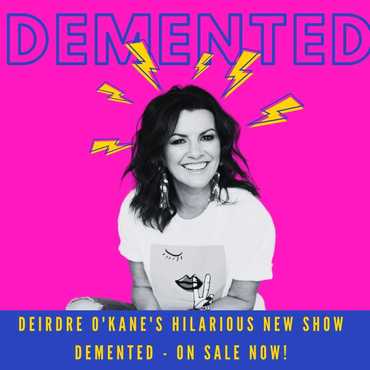