Lisa Hannigan is one of Ireland’s brightest stars. A singer, songwriter and multi-instrumentalist, Hannigan carved out a hugely promising international career as a solo artist. She first came to prominence performing and recording alongside Damien Rice. Since going solo, she has released her debut album Sea Sew to a well of critical and public acclaim. She has been nominated for a Choice Music Prize and two Meteor Ireland Music Awards and was nominated for the prestigious Mercury Music Prize. She is currently writing and recording a new album. Tickets: €20+ booking. Early booking advised. 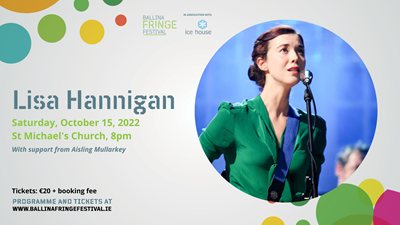