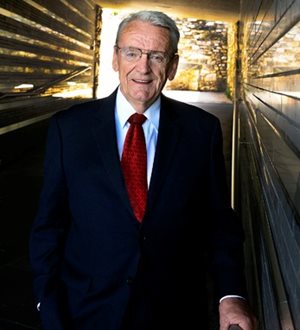 Adrian emigrated to the United States in 1959, aged seventeen, and has been heavily involved in Irish Community affairs ever since. He has been described by the New York Daily News as “the Dean of the Irish Radio in the United States”. His show began in a time when news between Ireland and the United States was not so easily accessible, and he provided a welcome and invaluable link for Irish immigrants in America.

He has been an active promoter of Irish causes, and hugely involved in working with vulnerable Irish communities over the past six decades.

Flannelly was a major actor in the immigration reform lobby in the US. He acted as a point of liaison with the Irish community for former New York Governor Pataki and a number of New York City Mayors. He was instrumental in the Morrison Visa Program, helping thousands of undocumented Irish immigrants already in America to organise and obtain a legal pathway to remain and thrive.

Adrian  played a crucial role in the development and realization of the Irish Hunger Memorial in Battery City Park. Moreover, he was also a driving force in the $5 million restoration project to reopen the memorial in the aftermath of Hurricane Sandy.

He has served on the board of the Irish Repertory Theatre, and the Emerald Isle Immigration Centre, and has been actively involved with Project Irish Outreach, a branch of Catholic Charities of the Archdiocese of New York, of which he was a founder member.

Our entire Clan of O’Dwyers & Flannellys scattered worldwide will descend on County Mayo this August 2022 for a family Reunion!