The Cripple of Inishmaan

Following sold out shows in The Hawks Well, Sligo and Dromore West Windmill Players are delighted to stage this classic Martin McDonagh ( Banshees of Inisherin) play . Early booking advised.Set on the remote island of Inishmaan, off the west coast of Ireland in the 1930s, “The Cripple of Inishmaan” is about a young man called Billy Claven whose parents died at sea when he was a baby. He has been raised by two soft-hearted foster-aunts Kate and Eileen. Relentlessly ridiculed by the other islanders, “Cripple Billy” seizes a chance to escape the tedium of his confined life on Inishmaan and become a famous actor when an American film crew comes to the neighbouring island to make the film “Man of Aran”. Many of the islanders are excited to be part of it – but none more than young Billy, who develops a reckless scheme to escape the tedium of his grim life. 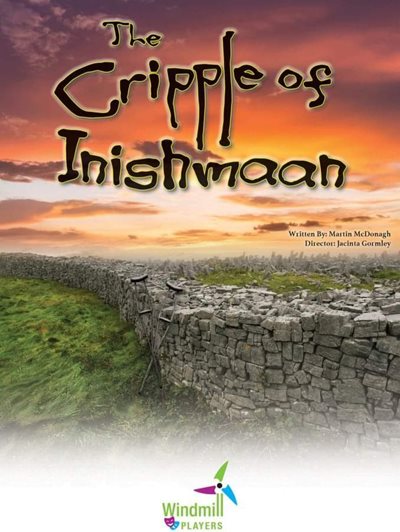