Hailing from Ballina, Co. Mayo; indie pop artist Rowlette is an up and comer on the Irish music scene. With extensive radio and Spotify play of her releases and having toured with her own headline show in addition to opening up for Jack L in some of the finest venues around the country, this week sees the release of her latest song , ‘Cucumber & Ice’, a pop anthem that celebrates friendship and the unique relationship and bond a group of girls can forge.

We spoke with Sarah Keane, AKA Rowlette last week as she told us how her latest song came about, what she has been busy doing during the COVID19 pandemic and a little bit of her musical background.

Hi Sarah, it’s great to talk to you, you’re gearing up for the release of your new single ‘Cucumber & Ice’, you must be excited about getting new material out there?

Rowlette: Ya, definitely, it’s out on Wednesday (September 16th). It’s a nice, fun song and I suppose things have been a bit quieter this summer than normal so it’s good to have something like that to focus on and to get to share new music with everyone. I was with Graham (McCartin) and Rob (Shiels) in the studio and we were writing a very serious/sad song when we decided to just switch it up. Graham started messing with a riff on guitar and I had the Cucumber and Ice idea in my notepad and we went from there. It was a lot of fun writing it

You mention that it has been obviously quieter than normal. This pandemic has had a huge impact, particularly for musicians with gigs not being possible. What have you been doing to keep yourself busy during the last number of months?

Rowlette: Of course it’s been very disappointing to see how the year has gone so far, especially for musicians. A big part of what we do is to perform and connect with people in a real life atmosphere so it has definitely meant my music side has not been as fun as normal but I’ve been trying to focus on what I can do; I released two live tracks in June (‘Coffee Hill Sessions’ with Shane Steven) and I started focusing on this single.

How did that collaboration with Shane for the Coffee Hill Sessions come about?

Rowlette: I had done a diploma at the BIMM Institute a couple of years ago and Shane and I had met on that. We became good friends from there and we used to go to his back garden shed, which is kind of like a studio, and jam. We wrote and recorded those two songs but hadn’t released them. When lockdown came in we just thought we might as well release it then. We hadn’t released any music together before and it’s always nice to record with someone else!

So you have been keeping busy during Covid with your writing?

Rowlette: Yes, so I’ve been writing about all sorts of random things to do with lockdown; I wrote a song about Normal People, about seeing people about for the first time, things like that. I have been trying to keep myself busy besides from music. I’m very lucky that I have a job away from music which has been a good distraction when things haven’t been going as well. And other than that I’ve been keeping busy with other things. I literally just finished an exam half an hour ago. I decided to do a psychology course to keep me sane!! It’s kind of a coping mechanism, to stay really busy!

To bring it back a bit; you are from Ballina, what kind of memories have you from growing up in Mayo and getting into music?

Rowlette: I grew up in Ballina and went to school in the convent. I suppose I was always into singing and towards the end of national school I started thinking that I wanted to play the guitar, my parents thought my interest might last about two weeks but they were happy for me to work away at it! I was never really in groups in Ballina but I had a brilliant music teacher, Ms. Deacy, and she was great. We also had the school musicals and music class was my favourite class. We also did group singing and things like that. I have a lot of fond memories and I still love the community atmosphere any time I go back home, that whole vibe of everyone knows everyone. Christmas nights out when you catch up with everyone, although I don’t know how that will play out this year, and match days are great days to. I’m a bit of a fair-weather supporter but any chance we get to sing the ‘Green & Red Of Mayo’!

When did begin to write your own music?

Rowlette: I would’ve been writing for as long as I can remember, as a teenager, but I never shared the music with anyone, I was probably a bit insecure and I didn’t know anybody else that was writing music and was thinking is this a bit weird that I’m writing music when no one else is! When I went to college a friend of mine was studying music and I asked her whether she wanted to listen to some of my songs. She did and started crying, telling me it was from happiness and she really encouraged me to go for more. That’s when I applied to BIMM and that’s where I met more like-minded people and realised it was a normal, fun thing to do.

When you were growing up, who were you listening to?

Rowlette: When I was younger, there was an Avril Lavigne CD on non-stop but I was always a sucker for listening to the radio, having the cassette recorder ready and as soon as a fun song came on I would be like ‘Everyone, get out of my way’ and I would hit record. The cassettes would be a mix-match of all the different songs on the radio and it might be only half the song or missing the start of the song. It was really who was in the charts at the time, I loved Rihanna, Britney Spears, Christina Aguilera, all the pop bands as well, I love pop music.

So if you were to describe your own music in one word, it would be pop infused?

Rowlette: Yes, kind of pop music but I guess with more natural sounds. My parents would have always insisted that Mid West Radio was playing in the background so I think I subconsciously picked up a slight country twang and I obviously play guitar as well. I’d say kind of indie pop, it’s not as electro pop that you would hear on the radio these days with all the synthesisers but definitely a pop vibe.

Touring wise, you’ve done your own headline shows and also recently toured with Jack L, that must have been a great experience?

Rowlette: Yes, I was really luck that Jack L kind of took me under his wing to tour with him. I did two dates with him last summer and then we did a ten-day tour last December & January so I got to sing in places like the Theatre Royal in Waterford, the Pavilion in Dublin and Cork Opera House, which was amazing. It was a really good experience because I was used to singing on much smaller stages so to be able to sing to those audiences was really cool. I go to some of the bigger gigs in places like the 3 Arena but you cannot beat being in those smaller, intimate rooms. You actually get to interact and see their facial expressions in real time and when I’m singing you know exactly how the show is going.

It’s hard to tell what the future holds in the short to medium term with COVID restrictions in place but obviously with this release out next week, what does the future hold when more things are possible, I’m sure you’d love to get touring again, maybe get back and get a show in Mayo too?!

Rowlette: Definitely, my big goal for 2020 was to do more live shows, but now I’m focusing on what I can do and that is recording more music. I have plans for more releases and as soon as there is any sign of normality coming back I’ll be scheduling in those gigs!

Well, we would like to wish you the best of luck for newest release next week, thanks for taking some time to speak with us and we look forward to hearing more from you soon.

Rowlette: Thanks very much, I really appreciate it. 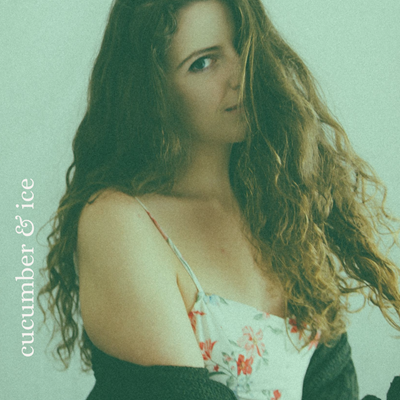