On Wednesday 16th September, Cathaoirleach of Castlebar Municipal District, Councillor Blackie K Gavin celebrated the twentieth anniversary of the very successful town-twinning between the Bavarian town Hochstadt an der Aisch and Castlebar with a tree planting ceremony on the grounds of the Leisure Complex at Lough Lannagh, while in Höchstadt Mr Thomas Bellew, First Secretary of the Irish Ambassador to Germany, planted an oak tree in Hochstadt

The Castlebar ceremony and the official Zoom celebration live streamed by Mayo County Council on www.facebook.com/mayodotie gave people in both countries an opportunity to stay connected online for this 20th anniversary celebration. Due to Covid restrictions introduced on the evening before the events in Dublin, it meant Her Excellency the Ambassador for the Federal Republic of Germany, Mrs. Deike Potzel was unable to make the trip to Castlebar and instead joined the virtual element of the celebration by joining the Zoom meeting. 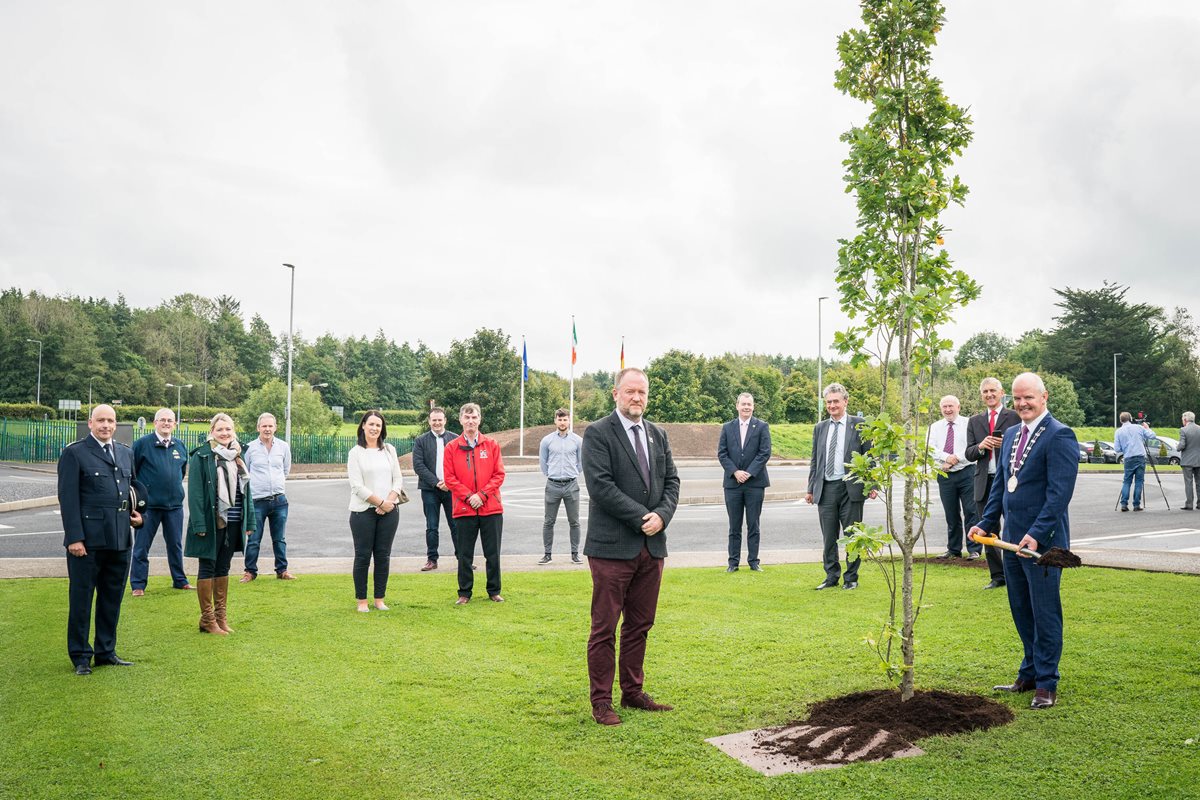 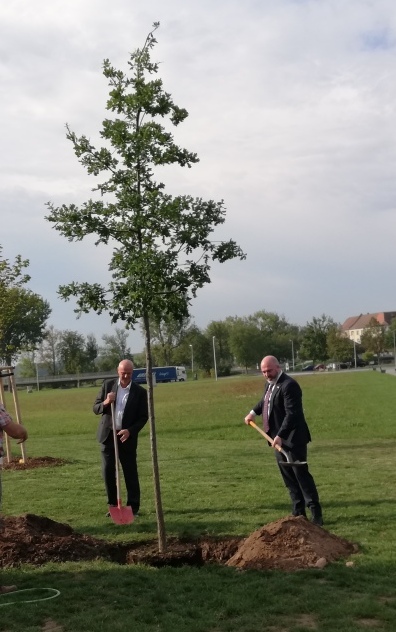 First Secretary at the Irish Embassy in Germany, Mr. Thomas Bellew, at the Tree planting ceremony in Höchstadt, to mark the 20th anniversary of the town twinning of Castlebar, Co Mayo and Höchstadt, Germany. 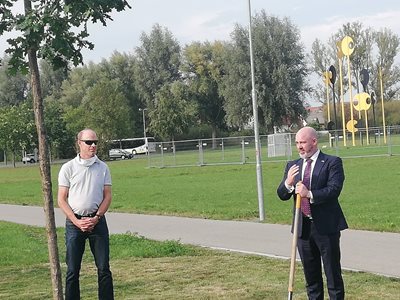